Wear a mask and save the economy. 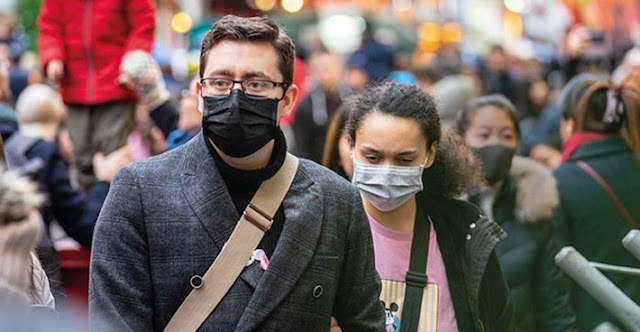 Covid lockdowns and border closures were necessary at the time, but they caused a recession. Quickly, we went from one extreme to the other – from lockdowns to let-it-rip. Political leaders promised a sunny outlook.

From late last year, restrictions were lifted in quick succession – testing and tracing, travel and gatherings. Last to go was the requirement to wear masks in most public indoor settings.

“This is what the new world looks like as the pandemic moves to an endemic phase,” New South Wales premier Dominic Perrottet said in February.

“There are very pleasing signs now in hospitals at the moment right across our state. And so as a result we are lifting a range of restrictions.”

Those pleasing signs, in hospitals and elsewhere, did not last. Border openings and the abandonment of Covid-zero late last year coincided with the arrival of Omicron. The impact on daily case numbers was quick and dramatic. Although the new variant (and its sub-variants) are less likely to kill, its greater transmissibility – combined with the abandonment of most control measures – has vastly increased case numbers.

Despite official appeals for mask-wearing to continue, it hasn’t. Except in the mandated settings – hospitals and clinics, aged care homes, courts and prisons – masks have all but disappeared. It’s as if Covid-19 had gone away.

Masks are estimated to reduce transmission by around 45%. This measure, added to improved uptake of vaccine booster doses, would greatly cut the effective reproduction rate (Reff). The further the rate falls below 1.0, the quicker the pandemic retreats. Right now, the number is hovering just below 1.0 but we are highly vulnerable to future waves of infection accompanying new variants – just as we saw with Delta and Omicron.

Modelling by the Burnet Institute has calculated that even a 20% reduction in transmission would prevent around four million infections a year and save 2,000 lives.

Because of continuing high rates of transmission, the number of people not able to go to work because they have tested positive to the virus is having  serious impact on businesses across the country. It is affecting not only the profitability of companies but also their ability to continue to supply their customers. This adds to the existing supply-chain disruptions imported from the slowdown in China and sanctions against Russia.

Parents whose children cannot go to school because of Covid have to stay home to look after them. A survey by the Australian Bureau of Statistics found that in 37% of households, at least one child’s school attendance during April was affected by the pandemic.

Predictably, these staff shortages reflect the rates of transmission. Both reached a peak during the initial Omicron wave in January, but they have now reached a plateau rather than continuing to fall.

“It’s a fair bet,” said Tom Symondson, head of the Victorian Healthcare Association, “that every hospital in Australia is advertising jobs right now.”

The impact of staff absences because of Covid-19 infection has tipped the whole national hospital system into chaos and crisis. “Victoria has about 1500 healthcare workers furloughed every day due to Covid-19 and more workers than usual are burning out after two extraordinary years,” Symondson said.

A new study commissioned by Catholic Health Australia estimated that public hospitals nationally had unfilled staff vacancy rates of 5.9%, including 4% for doctors, 6.5% for registered nurses, 11.3% for enrolled nurses and 6.7% for midwives.

Throughout Australia – and particularly in Tasmania – decades of failure to match demand with adequate investment eroded surge capacity. Even before the pandemic, most major hospitals were left with little or no capability to meet unexpected demand. Every aspect of a hospital’s function was affected – inadequate ward space, insufficient equipment and too few doctors, nurses, allied health practitioners and support staff.

Throughout the pandemic, that time-bomb was ticking faster and faster. When restrictions were abandoned – “freedom day” was what NSW Premier Dominic Perrottet called it – it blew.

Levels of emergency department overcrowding, ambulance ramping, elective surgery cancellations and staff burnout which were once largely limited to Tasmania now spread across the nation.

Dominic Perrottet said mask-wearing was now “a matter of personal responsibility”. Governments were no longer taking that responsibility.

Reinstating the mask mandate would turn the situation around. It would restore stability to businesses, allow hospitals to do their job and save thousands of lives.