How the Tasmanian government screws its workers. 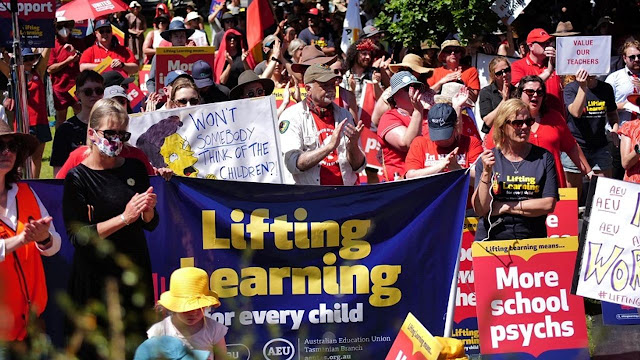 Most state governments have tried to suppress the wages of their employees. Nowhere have the effects been as savage as in Tasmania.

In most jurisdictions, public sector wages have risen significantly faster than those for private sector employees. Nationally, public sector increases – though constrained by state government wage caps – have buoyed average wages in a period of generally low wage growth.

In Tasmania, though, the reverse is the case. The Australian Bureau of Statistics wage price index is set at a baseline in June 2009: since then, Tasmanian public wages have risen by 39.2% against 42% for the private sector. Another way of looking at it is that public employee wages would now have to increase by 6.9% to make up for the progressive relative losses over the 12-year period. The next chart shows how the cumulative gap has developed in the various states and territories. Tasmania has the greatest disparity of all. To remedy these disparities, public sector wages in the “loser” jurisdictions (South Australia, Tasmania and the ACT) would need a single-year increase of 4.2%, 6.9% and 4.4% respectively. And annual wage increases after that would need to match annual private sector increases from then on.

In the other states, where the private sector has fallen behind, private workers would need smaller increases of between 0.6% (for WA) and 2.8% (in the NT).

For Tasmania, this disparity is a comparatively new phenomenon, and coincided with the Liberal government’s strict adherence to public sector wage caps. These took effect progressively from 2015, the year after the government came to power, and accelerated from 2018. 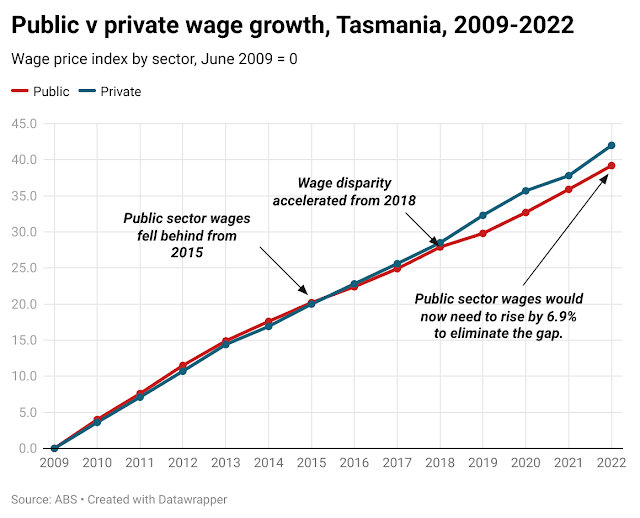 When we compare public sector wage growth between Tasmania and the nation as a whole, a similar pattern emerges. Here, disparity began a little earlier – in 2013 – but otherwise the pattern is familiar. 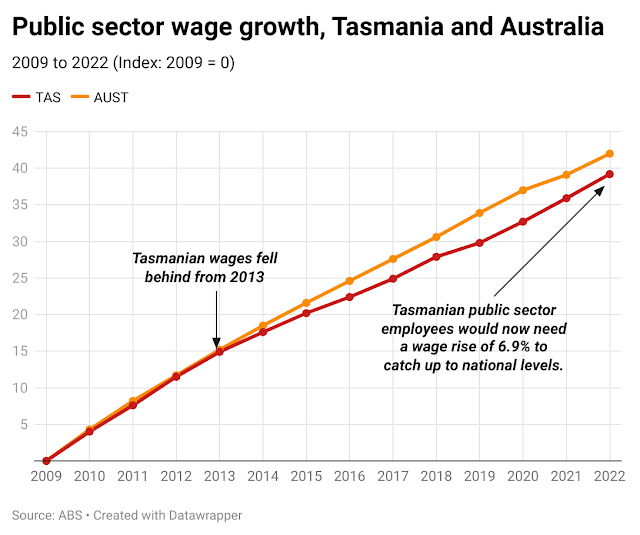 This is, of course, separate from the national argument that high inflation has sent real wages plummeting. The data on public sector wage suppression means Tasmanian government employees have a strong case for wage increases well above the rest of the nation.