You’re better off than you think. (Who knew?) 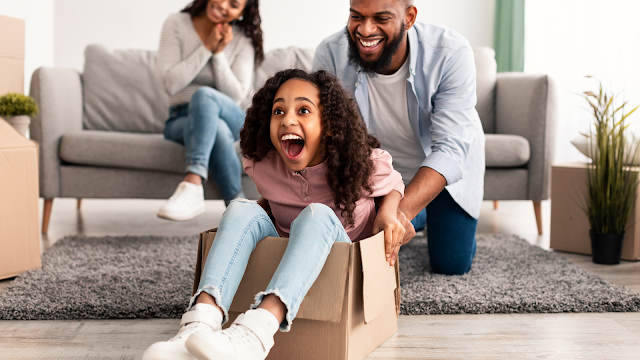 All the news is bad. Power prices up, wages down, interest rates up. Poverty and doom await. Or do they?

The trouble with journalists is that they have the attention span of a moth. So much attention is on what’s happening right now that purely temporary problems feel as if they’ll persist forever. They won’t. They never have.

And we can feel as if the difficulties are ours alone. They’re not.

Take a longer view. Here’s a graph showing economic growth in Australia and in the G7, the seven leading industrialised economies (the US, UK, Canada, France, Germany, Italy and Japan). For many years, we were level with the G7 or just a bit behind – until the Global Financial Crisis hit in 2008. They went into recession; we didn’t. And we’ve remained richer, on a per-head basis, ever since. The gap widened even further during the pandemic, which hit their economies much harder than it hit ours. 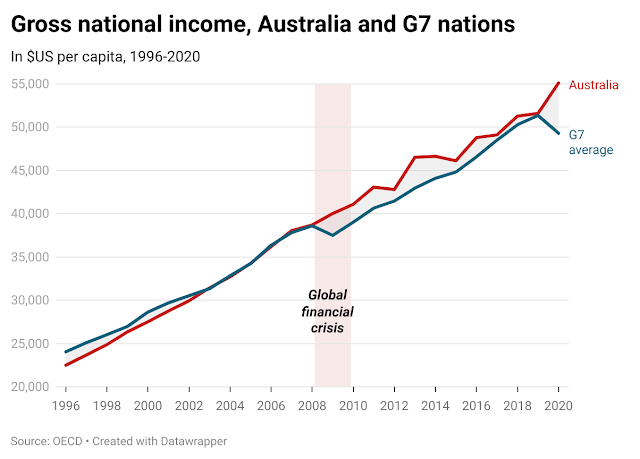 And we’re more efficient than other countries. Workers in the OECD – 38 (mostly) rich nations – have to work more hours than us to produce the same economic growth. It’s a long-term phenomenon. 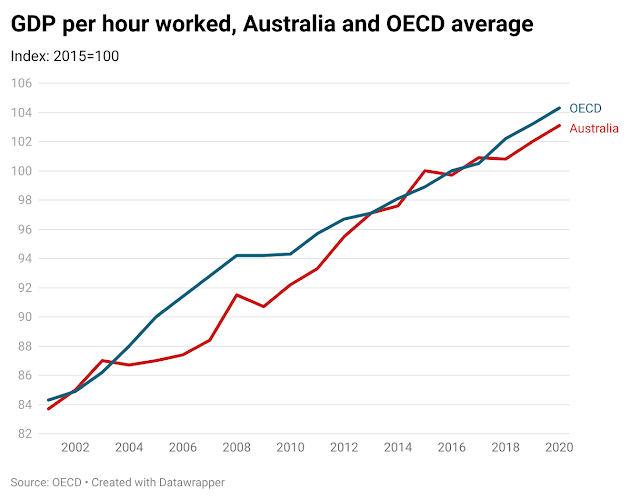 Part of that relatively greater efficiency can be seen in unit labour costs. These look at the cost of employing someone, adjusted for productivity. These figures are a broad measure of international price competitiveness, and show Australian workers produce more for a given amount of work than those in other nations. 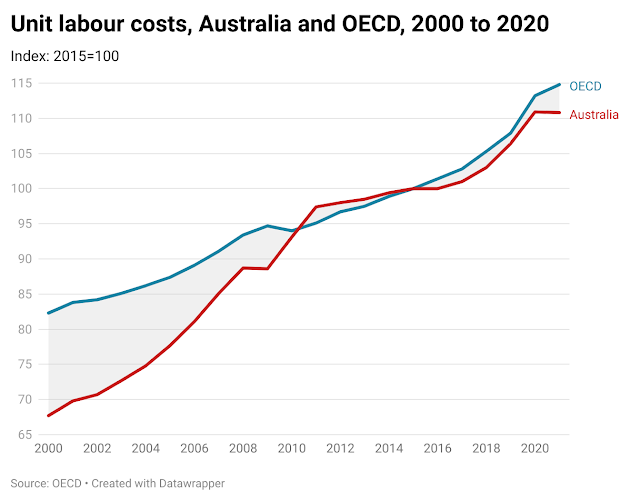 So does this mean Australian employees are underpaid?

The conventional wisdom is that they are. Company profits have been growing significantly faster than wages, both before and after the Covid lockdowns. 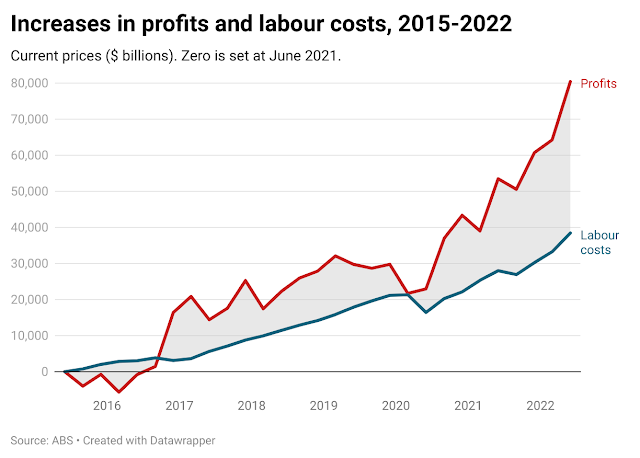 Taking a much longer view, it looks less dramatic. In the 1970s, the wage share of economic output reached the highest point since records began – but it came at a cost. It was a period of widespread strikes, which hit productivity and profits. Companies bumped up their prices just as fast to meet increased labour costs. In the end, nobody really won.

The Hawke-Keating government persuaded the unions to moderate their wage claims in return for increases in the “social wage” – that is, public programs such as Medicare that improved standard of living without formal wage increases, allowing the country to escape from its wage-price spiral.

From that point, the wage share remained at a long-term average for over 20 years, though the profit share rose – initially – more slowly.

Now, though, wages have fallen to an all-time low and profits are at an all-time high. Bear in mind, though, that the very decline in wages right at the end of this series is almost certainly a factor of the pandemic disruptions. Data in the October budget show it has already begun to rebound.

Changes being introduced by the new government, particularly strengthening employees’ powers to negotiate – will take a while to translate into higher wages. Eventually, though, they will return to normal. 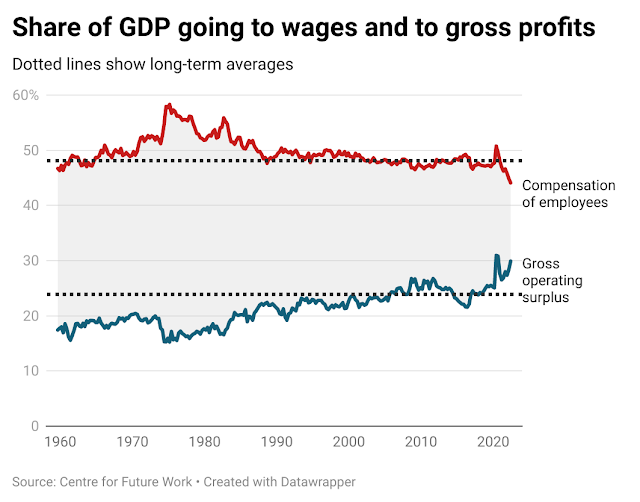 Employees are also paying a greater share of tax than they did a few years ago, and companies are paying less. Part of the profit slump of 1970 to 1993 can be attributed to the three recessions which occurred in that 23-year period: in 1986, wage-earners provided 37.6% more tax revenue than companies. That gap narrowed but has risen strongly again in the past decade and a half. 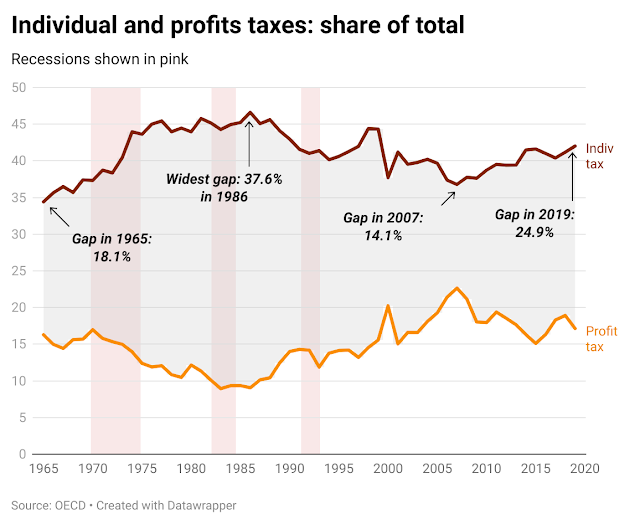 Individuals and companies in Australia pay more, as a share of total tax revenue, than other developed countries – although this country raises less tax overall. The apparent conundrum arises because Australia, unlike other countries, does not levy a separate social insurance charge: The Medicare levy accounts for a tiny fraction of total social welfare costs. And, less importantly, we don’t raise as much from indirect taxes (the GST). 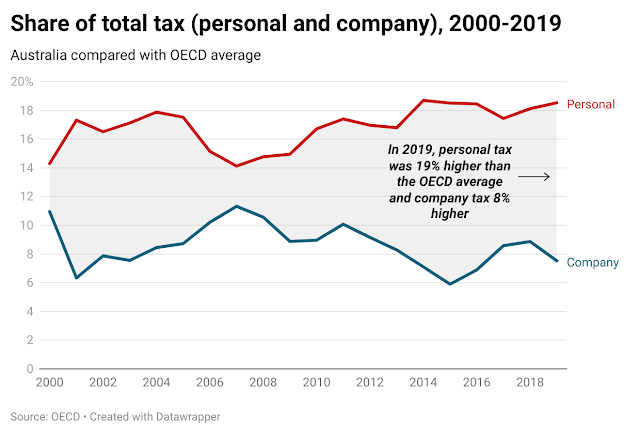 Altogether, Australian wage earners are not doing as badly, at least compared with other countries, as most of us seem to think. Right now, wages are well behind inflation – but that’s a recent phenomenon, driven by the war in Ukraine, the hangover from pandemic stimulus and supply chain disruption. None of that will last forever.

Twenty years ago, Australian wages were well behind those in other developed nations. But since then, wage growth in Australia has been far stronger than in the seven leading economies; and after flatlining during the GFC, quickly caught up again. That’s not the impression we’re being given, but it’s what happened. 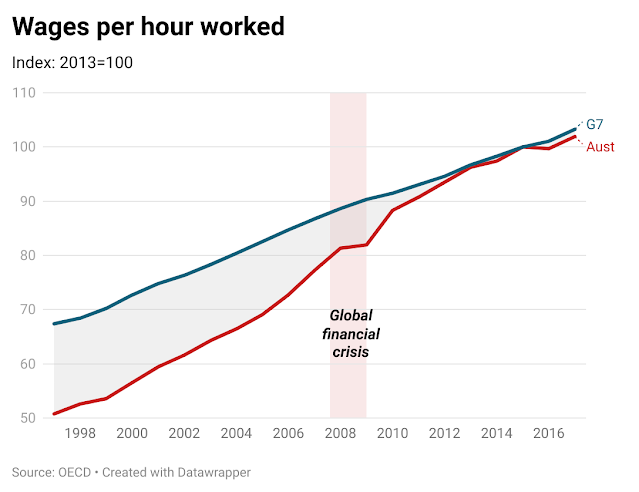 On more general levels, we’re also doing better than most other developed nations. Our trust in government score is (perhaps surprisingly) high. In 2021, when the Morrison government was beset by scandal and manifest incompetence, Australia had a higher trust-in-government score than all but two of the nations in the G20. It’s certainly true that Australians have generally had to deal with higher interest rates than borrowers (including mortgagees) in most other industrialised countries. But it’s not a sudden phenomenon. Rates are going up everywhere. And, historically, they’re still not all that frightening. 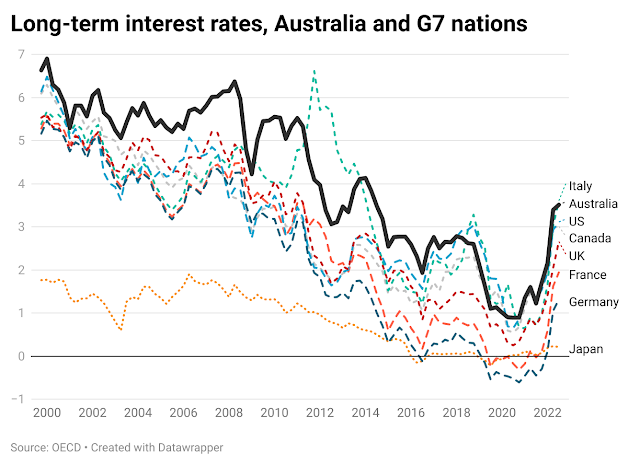 Younger people are often surprised to learn that the mortgage rates are still very low by historical standards. In 1980, a standard variable home loan cost 12% per annum; it reached a peak of 18% in 1988.

By 1990, where this chart begins, rates were already falling fast. But it’s unrealistic to regard the recent low-point in 2020 as normal. It’s not. 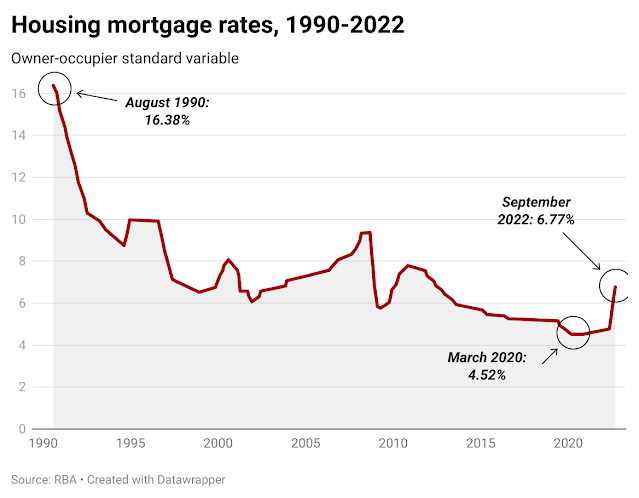 Australians, for all our angst, have better standards of living than almost any other people on the planet.  Our key institutions function reasonably well, particularly by comparison: we live by the rule of law, we have one of the most effective electoral systems, our health system (though currently in need of care) is better than in all but a handful of nations.

We can walk down the street and our kids can go to school without fear of being shot. There isn’t a country in the world capable of invading.

We live longer, too. Of the top 20 economies, only Japanese people have a higher life expectancy than Australians. 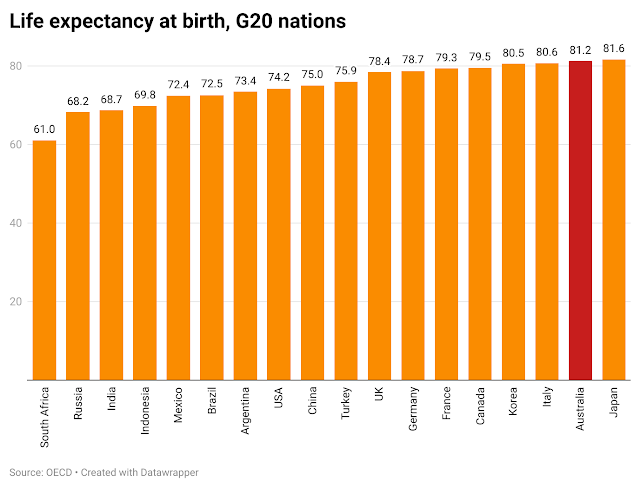 If all this doesn’t make us happy, perhaps it should.

The National Happiness Index ranks countries on GDP per capita, social support, life expectancy, freedom to make choices, generosity and perceptions of corruption. In the 2021 report, Australia came twelfth out of 153 nations. 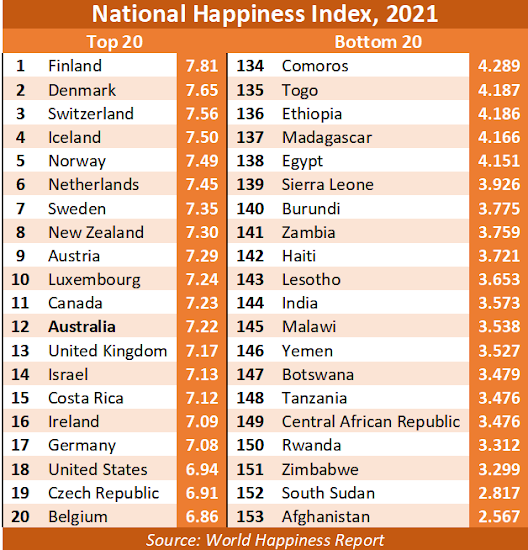 Although these scores measure how well a society functions, rather than whether individuals feel happy and satisfied, there’s very good evidence that people in rich countries are generally happier than people in poorer countries. On a population basis, the happiness score probably works.

There’s a lot of evidence, some of it contradictory, about whether higher personal income actually makes the individual happy. The consensus seems to be that it does, but only up to a point.

It hinges on how you define happiness. The academics have two basic measures: emotional well-being and life evaluation. In 2011, researchers from Princeton University in the US  put it this way:

“Emotional well-being refers to the emotional quality of an individual’s everyday experience – the frequency and intensity of experiences of joy, stress, sadness, anger, and affection that make one’s life pleasant or unpleasant. Life evaluation refers to the thoughts that people have about their life when they think about it.”

Once you’re at the point of having enough to get by adequately without worrying too much about money, other things become much more significant – social connection, health, being with people you love, having some time for leisure.

Our society, like all others, is in need of improvement, particularly after half a century of destructive and divisive neoliberal politics. Too many people are being left behind.

Is the glass half-empty or half-full? For most of us most of the time, I’d say it’s three-quarters full.